We Stand With Beirut
Concluded

On August 4, 2020, Beirut, the capital of Lebanon was declared a disaster city in a country that suffers from failed governance and the deficit of its state on various levels. The explosion that took place in Beirut Port resulted in hundreds of casualties, more than five thousand wounded, and hundreds of thousands of people who became homeless. About a quarter of the houses in Beirut are now damaged and a number of hospitals have become unfit for medical service, while the country experiences a rapid growth of the spread of COVID-19.

Adyan, Lebanese Foundation for Diversity, Solidarity, and Human Dignity, has diverted all its energy to standing with people who are suffering by taking action out of social responsibility, as members of a society that has been struck by devastation. Thus, Adyan has committed to launch a project dedicated to helping the afflicted under the title of “We Stand with Beirut.”

BENEFICIARIES
Any person who was affected by the incidents

Impact: To join, through Adyan’s youth, volunteers’, ambassadors’, and families’ networks, as well as through the members of the Forum of Religious Social Responsibility and other community members, volunteering campaigns that aim to secure urgent needs for those affected and to help in removing the rubble and preparing for the restoration phase. To channel international and local support to local initiatives that address the seven priority areas. 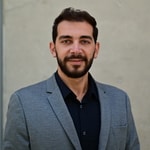