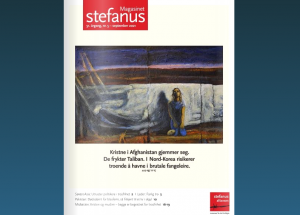 View Digital Magazine Amal Al-Harthi Amal Al-Harthi is a Jordanian writer and human rights activist of muslim background. In 2014, she founded the Forum for Arab Women. Aiming to support, empower, and encourage women to read, create and claim their rights. “I started my work in the field of women’s human rights.  My aim was […]

The Adyan Foundation celebrated its 15th anniversary on Wednesday, August 25, 2021, with a celebration held in the outer courtyard of the Bossa Nova Hotel – Sin El Fil. The celebration was attended by members of the Board of Directors and the Board of Trustees, the staff team, members of Adyan networks, the family of […]

With this Terms of Reference, Adyan is inviting proposals to design and deliver an evaluation of the Alwan programme from its inception up until and including the ongoing cohort. Thus the evaluation requires both a backward-looking study and a forward-looking quasi-experimental evaluation. We expect the impact evaluation to commence with collaboratively designing the evaluation methodology, […] 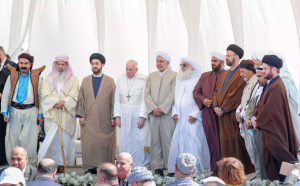 Following Pope Francis’s visit to Iraq, and in view of Adyan’s growing involvement there though networks and programs working for inclusive citizenship, we have thought to share with you a few reflections concerning Iraq’s current situation and the hoped effects of the Pope’s visit for the future of the country. Dr. Elie Al Hindy, Executive […]

After the World Health Organization (WHO) declared COVID-19 (novel Coronavirus) a global pandemic, and following its wide spread in a large number of countries, including Lebanon, Adyan Foundation expresses the following: First: This pandemic is a reminder that we, despite our diversity, belong to one human family; and this puts us before our shared responsibility […] 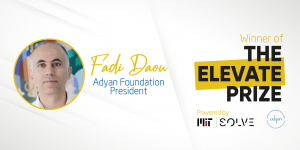 We are delighted to announce that Fadi Daou, President of Adyan Foundation, is one of the 10 global heroes who won The 2020 Elevate Prize. Recognised for the foundation’s outstanding work in empowering individuals – across the MENA region and beyond – to lead the change and contribute to more just and inclusive societies for […]

7 August 2020 We Declare Beirut today, is a disaster capital city of a country that suffers from failed governance and the deficit of its state on various levels. The explosions that took place in Beirut Port on the evening of August 4th, 2020 resulted in hundreds of casualties, more than five thousand wounded, and […]

In the face of growing challenges in Lebanon as a result of accumulated political and financial corruption that all the political class is held accountable for, as it is entrusted, in the name of the people, to achieve the “public good” through good governance and truthful policies that promote development and guarantee social justice for […] 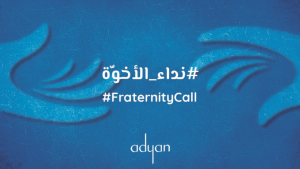 Adyan Statement No. 2 on COVID-19: Commitment to Safety, Solidarity, Adaptation, and Transformation

With more than four million cases and 287,355 victims of COVID-19 until this moment, in addition to a huge number of people suffering from the socioeconomic consequences of the pandemic, we want to share with you, following our first statement launched on 13 March, Adyan’s new way of engagement and operation based on four pillars: […]

In response to the Higher Committee for Human Fraternity’s latest initiative, under the patronage of his Holiness Pope Francis and His Eminence the Grand Imam of Al-Azhar Sheikh Ahmad Al-Tayyeb, which called people, from all over the world, for a day of prayer, fasting, invocation, and charity, each according to his/her own religion or sect […]