The Arab Toolkit for Education on Intercultural Citizenship was elaborated in the framework of a project called “Dawrak” (“your role”), in partnership between Anna Lindh foundation and Adyan foundation.

It is intended for trainers on intercultural citizenship in the ten Arab States that are around or close to the Mediterranean Sea: Mauritania, Morocco, Tunisia, Algeria, Libya, Egypt, Jordan, Palestine, Lebanon and Syria.

Adyan and Anna Lindh Foundation built a team joining Arab experts in the fields of political, social, cultural and religious sciences as well as experts in education from Egypt, Syria, Palestine, Tunisia and Lebanon to work on this toolkit for trainers on intercultural citizenship in the Arab World; a guide emanating from our Arab reality, laying the foundations for intercultural citizenship, and providing a tool for spreading its vision.

The toolkit is available in 2 versions, one in English and one in Arabic
Adyan/Anna Lindh Foundation
2014 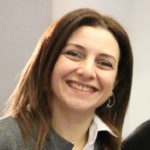 Professor of Science of Religions and Islamic studies. Expert in education on diversity 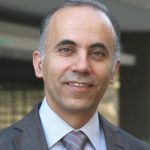 Professor of Political Philosophy, Geopolitics of Religions and Interreligious relations

President of Al-Jahiz Forum for diversity and dialogue, and Editor of “Public Opinion” Online Newspaper

Trainer in Non-formal Education techniques and in psycho-social support.

Expert in educational management and evaluation