Home We Stand with Beirut Context 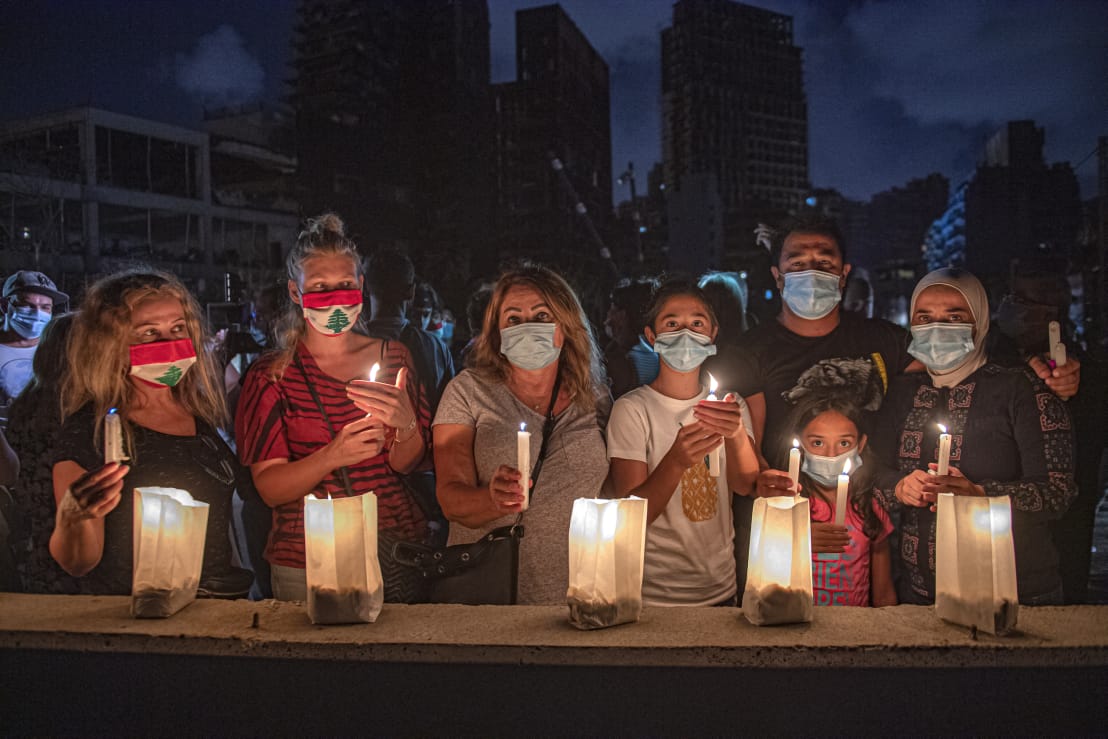 BULLETIN | WE STAND WITH BEIRUT

Nearly two months after the explosion, the humanitarian response continues to shift its focus toward medium- and longer-term activities. This includes building rehabilitation and repair, healthcare, and mental health and psychosocial support services.

As of 16 September, 19,000 individuals had been reached by protection partners (UN agencies and partners) since the beginning of the response. In addition, UNICEF launched an Emergency Cash Grant for Children and Vulnerable Groups, reaching up to 80,000 affected people.

On 22 September, the UN World Food Program said that it would provide financial assistance to an additional 35,000 families to help them deal with the crippling economic situation in Lebanon. WFP already supports 15,000 families, or 105,000 people, through the Social Affairs Ministry’s National Poverty Targeting Program, and is expanding its support to reach 270,000 more by the end of the year.

Provision of medicines and medical supplies continues, with five hospitals and one dispensary supported by the UN and partners over the past week. Since 4 August, UNICEF was also able to deliver more than US$3.5 million worth of critical PPE and IPC kits – especially critical as 10 containers of PPE were destroyed in the explosions.

In addition, over 7,500 shelter weatherproofing kits have been distributed to over 25,000 individuals since the beginning of the response. Provision of WASH services to medical facilities also continues, with 70m3 of water trucked to Geitawi Hospital over the past week. In addition, since the beginning of the response over 6,400 buildings have been assessed for water supply issues, with connection re-established for over 3,000 households, reaching over 15,000 people. In addition, from 4 August to 17 September, UNICEF assisted 15,404 people with temporary access to adequate quantity of safe water for drinking and domestic use.

UNICEF also provided 905 youth with employment or income generation opportunities, including minor rehabilitation of households, installation of water tanks, cooking of hot meals, and production and distribution on fabric masks amid the rising COVID-19 cases.

Humanitarian assistance offered by foreign nations and organisations continues to arrive to Beirut. This included, on 17 September, a ship carrying 41 tons of food, medical aid and construction materials collected by the Lebanese Embassy in Greece in cooperation with the Greek-Lebanese Cultural University. In addition, on 19 September a ship arrived loaded with 1,155 tons of food, medical and humanitarian aid, donated by the United Arab Emirates Red Crescent. Furthermore, 127 tons of aid were donated by private companies.

The COVID-19 outbreak remains a serious concern. Since the explosion, there has been a consistent upward trend in daily numbers of new cases. On 20 September, the government confirmed more than 1,000 new cases in a 24-hour period—a new record for the country. Almost 90% of the cases are among residents, confirming continued and widespread community transmission.

On 23 September, Lebanon registered 940 new COVID-19 cases, taking the total to 31,792 cumulative cases. As of 16 September, more than 824 health care workers had been diagnosed with COVID-19, an increase of 71 cases over a 7-day period, Currently, around 70% of Intensive Care Unit (ICU) beds are occupied. According to the WHO, over the past month the number of patients requiring hospitalization doubled and the number of patients in the ICU almost tripled.

The government-mandated curfew to help reduce the spread of COVID-19 remains in place from 1am – 6am. On 20 September, the Caretaker Minister of Health recommended a two week total lockdown to the Government’s committee for the COVID-19 outbreak, but this has not been put into action.

On 19 September, families of victims of the Beirut port explosion organized a protest opposite the port, denouncing the investigation of the explosion as a ‘sham’ and demanding that high-ranking officials be questioned by investigators.

So far, the judicial council investigating the explosion has detained around 25 people, including port, customs and security officials, but has made no public statements about its findings. The preliminary investigations have not confirmed, to date, the existence of a correlation between the initial fire at the port and the explosion. On 21 September, Judge Fadi Sawan, who leads the investigation, heard the testimony of the former Minister of Finance, a former Judge, and those of security and military officials. The investigation may also include former and current judges who had received letters about the presence of the ammonium nitrate at the port.

A 15 September deadline agreed between Lebanese politicians and the Government of France for forming the new Lebanese government was not met. According to reports, the process of Cabinet formation stalled because a dispute over cabinet portfolios. Lebanon’s main Shi’ite Muslim factions, Hezbollah and the Amal Movement, say they must name Shi’ite ministers, including the Finance Minister.

On 20 September, Maronite Patriarch Bechara Rai said that sects in Lebanon do not have the right to monopolize ministries, and called on Prime Minister-designate Mostapha Adib to form the government.

On 21 September, President Michel Aoun said that the country was going “to hell” if a government was not formed to tackle the ongoing economic and social crisis in the country. He also said that the Prime Minister-designate had not submitted any potential Cabinet names to him. He then suggested abolishing the sectarian distribution of ministerial portfolios, and instead to make them available to all sects.

On 23 September, Prime Minister-designate Mostapha Adib asserted his keenness to form a government that stratifies all Lebanese people. Also on that day, France’s Foreign M inister warned that only once reforms were underway would vital financial aid arrive. The International Support Group for Lebanon also called on Lebanon’s political leaders to unite to form a government. International support group members include the five permanent U.N. Security Council members, key regional powers, the International Monetary Fund and the World Bank.

In recent weeks, as the financial situation becomes unbearable in Lebanon, dozens of Lebanese and Syrians in Lebanon have tried to make the dangerous sea crossing from Lebanon to the island of Cyprus, with the trips often arranged by people smugglers. Recently, a boat that had set off from Tripoli was found lost in the Mediterranean, having been adrift for eight days. At least four adults and two children had died, with others still missing. UNIFIL rescued those remaining on the boat and, after treatment, they were handed over to the Lebanese authorities in Beirut.

During September, five other boats, carrying more than 150 migrants in total, have been spotted near the Cypriot coast. On Friday, the UN High Commissioner for Refugees (UNHCR) and the UN Children’s Fund (UNICEF) expressed their “deep concern” over the situation, and called for the root of the problem to be addressed, namely “poverty and lack of economic opportunities” in Lebanon.

Exact figures are hard to come by, but UNHCR said it tracked 21 boats leaving Lebanon between July and 14 September. In 2019, UNHCR tracked 17 boats in total.

Between September 28 and October 19, students in Lebanon will return to school. As a COVID-19 prevention measure, the Ministry of Education and Higher Education (MEHE) announced a ‘blended learning’ approach, meaning grades attending schools on different days, combined with remote learning.

Security Situation
On 22 September, a Hezbollah arms depot exploded in the southern village of Ein Qana, about 50km south of Beirut. According to media outlets the explosion injured several people, however Hezbollah denied this.