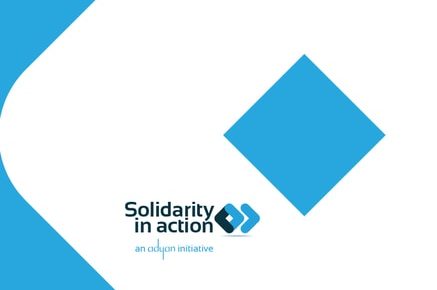 Adyan is a Foundation for diversity, solidarity and human dignity. Since its establishment, the scope of Adyan’s work has covered the local, regional and international promotion of pluralism, inclusive citizenship, community resilience, and spiritual solidarity, through homegrown solutions in education, media, advocacy, public policy, and intercultural and interreligious relations. Throughout its 15 years of activity, Adyan has proven its ability to respond to changing circumstances in a way that best serves the needs of the community.

After the devastating explosion of Beirut Port on August 4, 2020, Adyan Foundation focused part of its efforts to stand with people of Beirut who were affected by the blast through launching the “We Stand With Beirut” initiative which is dedicated to support the affected people through partnering with Lebanese organizations working in Humanitarian Aid or Development. (Details are available in We Stand With Beirut final report)

In view of Lebanon’s deepening economic crisis, the effect of which go beyond the destruction caused by the Beirut blast to reach every aspect of livelihood of the Lebanese across the country, Adyan will continue to promote active solidarity, within the framework of its mission and values. Adyan’s humanitarian work will continue through the Solidarity in Action project, which will cover all Lebanese areas where people are suffering from the multi layered crisis, including the massive explosion in Beirut’s port, economic and financial collapse, the rising political instability, and the Covid-19 global pandemic. Adyan presents Solidarity in Action as the Initiative to support local & inter-communal initiatives of solidarity.

Adyan’s work will be focusing on 6 priority areas:

Adyan calls upon all of its members, friends, partners, governmental and non-governmental organizations, in Lebanon and the World, to support the “Solidarity in Action” initiative, in order to be able to support the resilience and survival of the Lebanese people.

Your support can be general to the project’s totality or target to a specific priority area or even to one of our featured initiatives.

To insure the transparency of this project, Adyan will publish regular narrative and financial reports with updates on the work that is being carried out and on the received donations and how they have been put to the best use. Adyan will also publish an annual project audit report.
You can donate through the following possibilities:

For electronic donation through a credit card, visit this page

Donate Now
For donation by cash or check, or for any further enquiry please
Send a WhatsApp text message on: +96171 461 781