Adyan is a foundation for managing diversity, promoting solidarity and safeguarding human dignity. We are a group of individuals who want a world that embraces diversity, in which we live together in peace..
We work locally, regionally and globally to achieve Inclusive Citizenship, develop Education on Living Together, activate Religious Social Responsibility, and promote Spiritual Solidarity. We also seek to contribute to Preventing and Countering Violent Extremism and advancing Freedom of Religion and Belief. We work through homegrown solutions in Education, Research, Policy Making, Media, and Community Engagement Networks.
Adyan was established on August 6, 2006, and is registered in Lebanon as a non-profit, independent, non-governmental organization (NGO), under the number 1103 by Ministerial Decree dated 18 September 2008.
Global Report 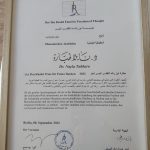 President of the Adyan Foundation, Prof. Nayla Tabbara, received Ibn Rushd Prize for freedom of thought, dedicated this year to the field of “religious freedom” on her work and on behalf of Adyan. 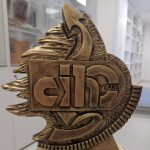 Adyan received the honorary Civic Influence Hub award for its regional and international role in advocating for inclusive citizenship and pluralism. 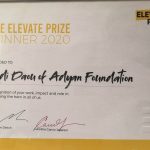 Adyan’s President (2020), Rev. Prof. Fadi Daou received the 2020 Elevate Prize in recognition for the foundation’s outstanding work in empowering individuals – across the MENA region and beyond – to lead the change and contribute to more just and inclusive societies for all. 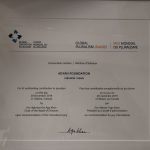 Adyan Foundation received the Honourable Mention of the 2019 Global Pluralism Award from the Global Centre of Pluralism in Ottawa, Canada, in recognition of its role in promoting dialogue, spiritual solidarity, and inclusive citizenship in Lebanon and the Middle East. 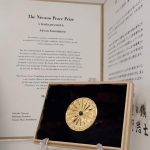 Adyan Foundation received the 35th Niwano Peace Prize, in Tokyo, Japan on May 9th 2018, in recognition of the foundation’s work towards fostering coexistence, valuing interfaith solidarity and education for inclusive citizenship. The prize included a certificate, a medal and 20 million yen from the Japanese Niwano Peace Foundation. 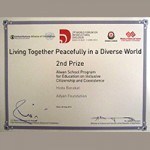 “Living Together Peacefully in a Diverse World” prize (2013)

Adyan foundation won the Second Prize of “Living Together Peacefully in a Diverse World” from the United Nations Alliance of Civilizations and the Republic of Azerbaijan, for its Alwan, school program for Education on Citizenship and Coexistence. 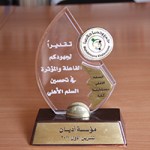 During its 3rd annual dinner, on October 14th 2011, the Federation of Lebanese NGO’s “Wahdatouna Khalasouna” awarded Adyan for its work for permanent civil peace in Lebanon. 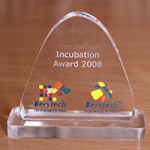 On December 18, 2008, Adyan received the annual Berytech Award for the “Best Professional Project of the Year”. Berytech works in partnership with the European Union. It is an incubator committed to capacity building and to the creation of business opportunities for young entrepreneurs.

The Coronavirus is a family of viruses that cause illnesses ranging from a cold to more severe diseases such as respiratory illness in people. A coronavirus has broken out in the Chinese city of Wuhan, currently named COVID- 19. 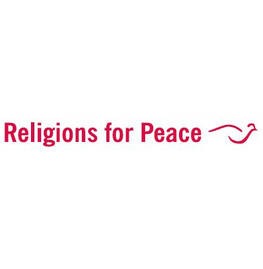 In 2019, Adyan Foundation joined Religions for Peace (RfP), a global movement involving interreligious councils and interfaith women and youth networks, which work at local, national, and regional levels as change makers. These councils and networks respond to challenges – everything from violence and discrimination to environmental degradation – with bold solutions. RfP recognizes six key priorities: Peaceful, Just and Inclusive Societies; Gender Equality; the Environment; Freedom of Thought, Conscience and Religion; Interreligious Education; and Global Partnerships, in addition to promoting the 17 Sustainable Development Goals. Every five to seven years, RfP convenes a World Assembly to bring together faith leaders with government and civil society partners to forge a consensus on global priorities for peace.

The Network for Religious and Traditional Peacemakers

In 2021, Adyan Foundation joined the Network for Religious and Traditional Peacemakers, which builds bridges between grassroots peacemakers and global players in order to strengthen the work done for sustainable peace. The Network collaboratively supports the positive role of religious and traditional actors in peace and peacebuilding processes to enhance the effectiveness of efforts towards peaceful and inclusive societies. The strategic objectives of the Network are geared to contributing to UN efforts towards sustaining peace and the Sustainable Development Goals (SDGs), particularly SDG 5, 16 and 17, and UN Security Council Resolution 1325 (on Women, Peace and Security), and UN Security Council Resolution 2250 (on Youth, Peace and Security). 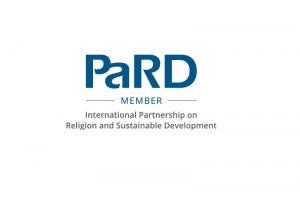 In 2021, Adyan Foundation joined the International Partnership on Religion and Sustainable Development (PaRD). PaRD aims at greater and institutionalised communication and coordination between secular and non-secular actors, while fostering new synergies through cooperation and collaboration of its members. In addition, PaRD uses synergies with existing networks and initiatives to contribute towards a more coherent, inclusive and effective international agenda on religion and development. PaRD focuses on the four work-streams which align with one or more Sustainable Development Goal (SDGs): Health (SDG 3); Gender Equality and Empowerment (SDG 5); Sustaining Peace (SDG 16); and Water, Environment and Climate Change Action ‘WECARE’ (SDG 6, 13, 14, 15). 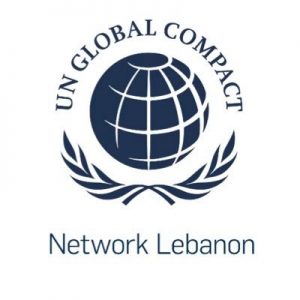 In 2018, Adyan Foundation joined Global Compact Network Lebanon (GCNL). GCNL is one of 68 Local Networks around the world that operate through a signed Memorandum of Understanding with the UN Global Compact HQ. GCNL works closely with the UN Global Compact headquarters to provide opportunities for learning, policy dialogue, and partnerships. GCNL provides signatories with a forum to advance issues of mutual interest and concern, supports participants to report on their progress in sustainability and social responsibility through their Communication on Progress or Communication on Engagement, and hosts events and projects to advance and promote the 17 Sustainable Development Goals and UN Global Compact 10 Principles locally throughout the Lebanese business and non-business community. 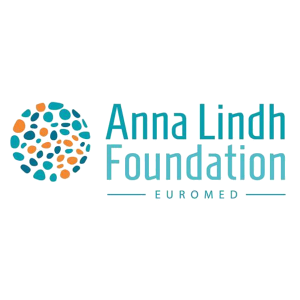 In 2013, Adyan Foundation joined the Lebanese Network of the Anna Lindh Foundation (ALF), an international organization working across the Mediterranean to promote intercultural and civil society dialogue. ALF acts as a Network of National Networks that brings together over 4,000 civil society organizations from across the region. The National Networks reflect the diversity of their own civil society and work across fields including intercultural relations, religion, research, human rights, democracy and community development, youth, education, sustainable development, and media. ALF focuses its intercultural action around three pillars: Empowering young voices; Influencing policymakers; Building a movement for dialogue and exchange in the face of growing mistrust and polarization among societies.