Adyan is a Civil Society Organization, inclusive of all religions and beliefs, and working on a positive approach towards diversity and on the inter-action between religions and the public sphere.

The members of Adyan’s family gather around a common vision that includes valuing cultural and religious diversity as part of a global civilizational legacy, and believing in the sacredness of human conscience and in the dignity and rights of each human being, as well as in the importance of cross-denominational and supra-identitarian solidarity. 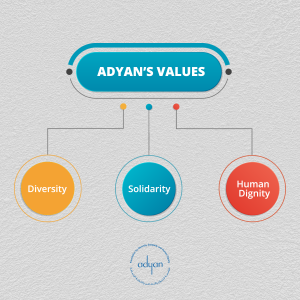 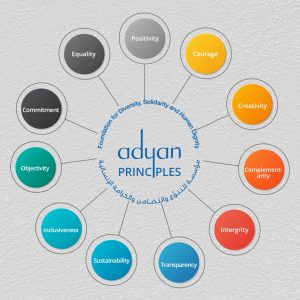