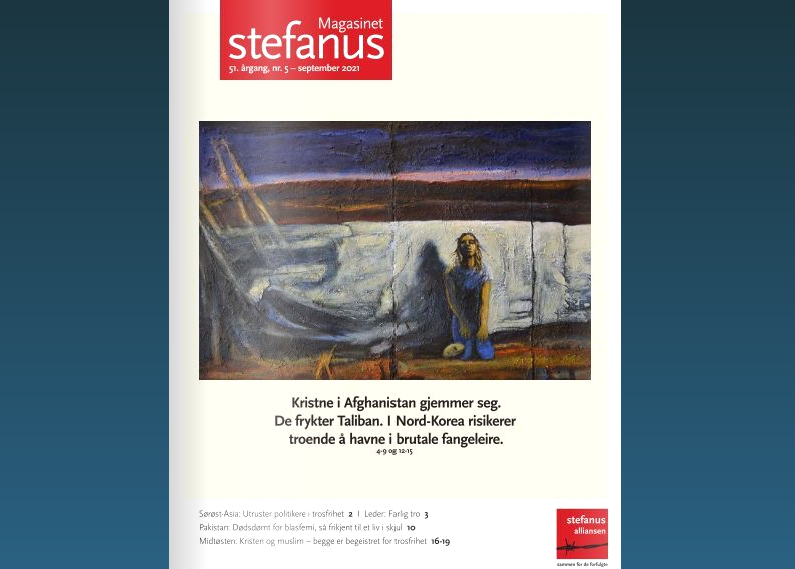 Amal Al-Harthi is a Jordanian writer and human rights activist of muslim background. In 2014, she founded the Forum for Arab Women. Aiming to support, empower, and encourage women to read, create and claim their rights. “I started my work in the field of women’s human rights.  My aim was to look for the causes behind the violence against women and the ways to achieve equality between women and men”, Amal says.

“Since I joined Taadudiya.com’s team of writers,  I began to focus on  religious issues, and the ways of promoting inclusive citizenship, as a writer believing in awareness-raising. The ToT on Freedom of Religion and Belief (FoRB) then allowed me to build my capacities in implementing awareness raising sessions and dialogue sessions on FoRB and on the dangers of sectarian narratives. It also enabled me to offer practical solutions concerning the violations of religious freedom in the MENA region in my writings”.

“The FoRB intensive course, which lasted for almost 10 weeks (8 weeks of course work and 2 weeks of implementation), was very useful. The program covered among others the principles of human rights and international instruments, the fundamentals of FORB,the conflicts caused by discrimination and violation of freedom of religion and belief, the understanding of FORB in our local context, in both political/legal levels and religious discourse”.

Amal adds: “the most important part was the implementation phase, where I realized the importance of the course through practical training sessions that I offered. I felt the course’s direct impact on trainees whose perceptions about FoRB changed positively after the trainings, especially with regard to blasphemy laws and contempt of religions. In one of the trainings I held, 9 out of 20 participants believed at the beginning of the training session that there was a need for such laws. However, after the session, all participants, without exception, expressed their disapproval of any law criminalizing contempt of religion of blasphemy. All now believed that the only restriction to freedom of expression lay in hate speech inciting to violence and that what is needed is the protect of human beings, their dignity and their rights and not the protection of religions, for in most cases, laws such as blasphemy laws are used to suppress individuals and their rights by oppressive governments”.

For Amal, the most interesting aspects she has experienced after receiving the training were the debates that she launched through social platforms. Amal created an initiative to foster the FoRB concepts on ClubHouse. “I held several virtual sessions on religious and cultural diversity in the Arab world and focused on some religious minorities. One of the sessions I conducted on ClubHouse was attended by more than 400 people, and it focused on the Bahai faith. It was one of the most successful events that I held, as it was characterized by respect and high interest among the audience. I also conducted other sessions on freedom of thought and belief following the death of the prominent feminist Nawal al-Saadawi, which were attended by thousands of people. The skills that I had gained through the TOT helped me manage the sessions positively and not get side tracked by side battles raised by some people, who enter ClubHouse rooms with the aim of attacking speakers and accusing them of blasphemy or apostasy. The skills I have acquired from the ToT have thus helped me moderate a rational dialogue based on human rights standards, while taking into consideration the emotions behind the attitudes of the participants”.

One of the main challenges in raising awareness about FoRB, is the way some people interpret the religious text and try to impose their strict exclusivist interpretation on others. So I believe that in parallel to training about FORB we need to raise awareness on the sanctity of human conscience and on individual freedom and the diversity of religious interpretation, in addition to fostering the principles of inclusive citizenship.

I am Juliana Sfeir, a Lebanese activist. I work in a Christian satellite channel that broadcasts over the MENA region. The channel, SAT-7, strives to communicate to Christians who are alone and who do not enjoy the comfort of teaching groups or the warmth of churches for a community. I, myself, am in charge of an educational brand that strives to offer education, social cohesion, health and development to everyone in the region. The brand serves all SAT-7 Arabic channels (kids and adults). Since the channel stands on peace building, no attacks, production from the region to the region with local voices, and because we hold campaigns about human rights, the brand SAT-7 ACADEMY delves deeper into social cohesion, coexistence, peace building, education, and critical thinking.

I am grateful that I work with internationally supported projects that aim to do all that I mentioned above. That is why, taking this course was of high importance to me.

I was referred to this program by our partners DMCDD and Mr. Dan – the Danish Mission Council Development Department Mr. Daniel Nygaard Madsen, the Pooled Fund Coordinator back then. What motivated me to jump in and grab this opportunity of all people in my organization, is that I had already executed a program with the youth and kids on Freedom of Religion and Belief, funded by DMCDD and partnering with Right to Play, entitled Puzzle. Puzzle was a game show bringing kids from different socio-economic, religious and racial backgrounds and from different nationalities living in the Lebanese host community and various gender aged 10-15 to play together, make music and know their rights. This was one of many programs I had created under FORB, and I know that there will be many seasons to come, besides other big campaigns I am working with right now, such as Lebanon Our Story, a storytelling club etc…

The course is extremely interesting, interactive, flexible and offers independence to the learner, thanks to the platform that is easy to use.

It was quite enriching to meet all the participants from different walks of life, multi-nationals and multi-religious. One could start by putting to practice what we learn in the groups we were part of

My only challenge was writing in Arabic, something I am grateful to have overcome.

From a content point of view, the course really covered every aspect of FORB, including international and local declarations, audio visual, legal, academic and other types of resources for everyone from artists, to diplomats to activists to politicians or officials…

Needless to say, that the most important part were the instructors who are extremely knowledgeable and very helpful. The whole Adyan Foundation team was very supportive.

I also much appreciated the groups we teamed up with and how they kept on changing.

Being a film buff myself, I enjoyed all the documentaries and the videos.

Besides the FORB training I offered to my fellow producers in the TV station, I produce campaign programs based on social cohesion, FORB, reinforcing a civic society and democratization. The campaign comprises of public service announcements, a game show, and in the future documentaries and a sit com!

The challenges usually come from viewers who do not agree with what they see onscreen. These are usually from countries run by extremists.

Creating role models on the ground and initiating successful dialogue examples is a challenge. It is the responsibility of many such as academics, activists, artists and media practitioners, to communicate FORB with different individuals from different backgrounds.  Communication clarifies misconceptions and endorses respect for freedom of thought and religion or belief for everyone. But for all of this to happen, we need to disseminate and make available a responsible education for everyone. That’s what you are doing. Thank you!

The FORB training left me waking up to a new reality surrounding me, learning to read between the lines, adopting new ways of thinking as opposed to becoming reactionary. Realizing that politics use the masses to an end.

Getting introduced to the conventions and declarations and articles was like diving into a whole new world of possibilities. It not only taught me how sharpen the saw, so to speak, at work but also dare to start sharing my personal opinion on social media.

Today, more than ever, the new reality dawning in Lebanon tends to stretch the gap between minorities and the diverse Lebanese community. This is affecting individuals and communities of all faiths and no faith at all. The only solution we still have is to learn how to build peace, stability and democracy not through following yet another political party, but by cultivating a social culture of freedom of religion or belief. By doing so, we impinge on the political and legal sphere as well through a culture where equal rights are accepted, and we create a bridge between the differences in our faith and beliefs.

This is the only chance for us all to build this culture together. It is now or never.