Home News We Stand with Beirut: A Solidarity Call from Adyan Foundation 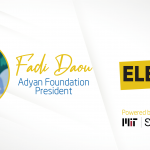 Beirut today, is a disaster capital city of a country that suffers from failed governance and the deficit of its state on various levels. The explosions that took place in Beirut Port on the evening of August 4th, 2020 resulted in hundreds of casualties, more than five thousand wounded, and hundreds of thousands of people who became homeless. About a quarter of the houses in Beirut are now damaged and a number of hospitals have become unfit for medical service, while the country experiences a rapid growth of the spread of COVID-19.

This catastrophe that has struck our already exhausted society could have annihilated Lebanon has it not been for the will of its people to fight together until the least breath, for a decent life in a proper State. People are tired, but they derive their strength from the solidarity of others with them, sharing the few resources that are still have, and striving to face this disaster together with determination and generosity, as thousands of volunteers are working to help the afflicted. Logistic and technical international assistance has also begun to arrive in Beirut. Moreover, the hundreds of messages that we have been continuously receiving from our friends outside Lebanon make us feel the needed support so as not to fall apart from pain or despair.

Adyan, Lebanese Foundation for Diversity, Solidarity, and Human Dignity, has diverted all its energy to standing with people who are suffering and has committed to the below:

Adyan calls upon all of its members, friends, partners, governments and donor organisations, in Lebanon and the World, to donate to the “We Stand with Beirut” project, in order to be able to secure the equivalent of one Million dollars, as a first phase, which will be used to fund the relief work.

An independent committee of experts will meet on a weekly basis to set priorities and direct aid in an appropriate and transparent manner. We will also publish a weekly report on the work that is being carried out and on the received donations and how they have been put to use, under the supervision of K&K Financial Auditing (a member of the GMNI Global Network) that is providing its services free of charge.

You can donate to one of these accounts exclusively designated for this project, through the following possibilities:

The catastrophe that befell us and that increased the rift within the Lebanese structure confirms the deep structural defect in the overall management of the country. Therefore, we will not rebuild in order for those in power to tear it down again. We won’t ask people to remain in their homeland for them to fall as victims of neglect or to be used as pawns in wars they do not want. Today, Lebanon stands before two options: complete collapse or reconstruction on sound and firm foundations. We will fight to the best of our ability, and with your support, in order to make the second option viable. This path has started with the healing of the wounds of the capital, Beirut, where the blood of its sons and daughters, from different communities and backgrounds, has merged, and their dreams of not paying their lives as a price for greedy and failed policies met.

Adyan will also actively follow the path of the investigations into the explosions, and demand that they be conducted with the participation of international and independent experts in order to determine responsibilities with utmost objectivity and transparency, so that the lives of victims and the sufferings of the wounded and afflicted will not be subject to neglect, exploitation, or cheap bargaining.

It is our duty to share with you, through periodic reports, our assessment of the situation on the ground in Beirut, all achievements made, and the challenges that will emerge. We will also follow the path of building our nation, on the basis of inclusive citizenship and human dignity, and contribute to accomplishing this goal in honor of our mission, and in loyalty to the innocent people that have lost their lives.